Would You Bet on The Dolphins To Win The AFC East? 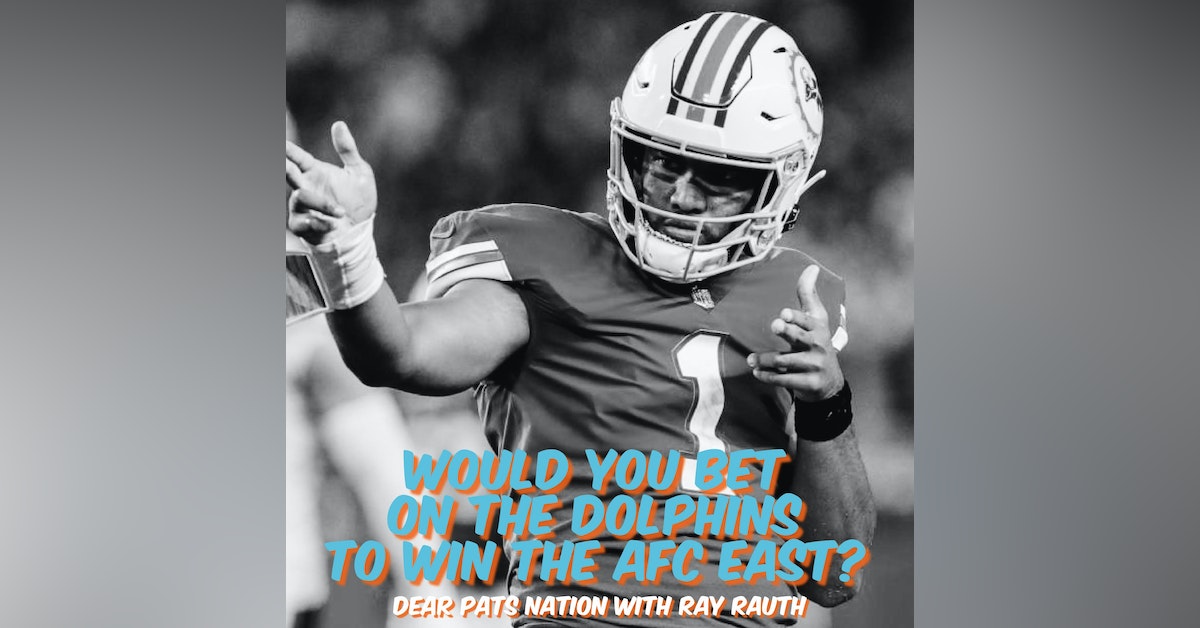 Could The Miami Dolphins Win The AFC East At +350?

On this episode of the Dear Pats Nation podcast with Ray Rauth, Producer Mike and I take a look at some of fantasy football options, NFL betting, and just some straight up NFL analysis. We promise you this isn’t a typical fantasy show, it’s not a typical football show, this has something for every football fan out there.

Fantasy Football has given a lot of Fantasy owners a degree in sports injuries, and when trying to decide who to select in the first round, how much weight does a guy's injury history have on that decision?

We are just a couple weeks away from the NFL Draft, and unlike most years, there doesn’t seem to be a lot of buzz around the quarterbacks in this year's Draft, outside of longshots and hand measurements. This has clearly become a two dog race between Malik Willis and Kenny Pickett, which one will be selected first?

It just seems obvious that the Buffalo Bills are going to successfully defend their AFC East crown. However, the Miami Dolphins have made some offensive moves to compliment their underrated defense, and they could become a bit of a pain in the ass for Buffalo.

When do you draft a tight end? That’s probably the most complicated question in fantasy football. What type of league are you in? Do you have a superflex position where you can flex a couple of tight ends? Are you in a PPR (Point Per Reception) or Non-PPR league? All those things need to be taken into consideration before you start selecting tight ends.