The Rams Won The Super Bowl, But NFL' Refs May Have Screwed The Bengals 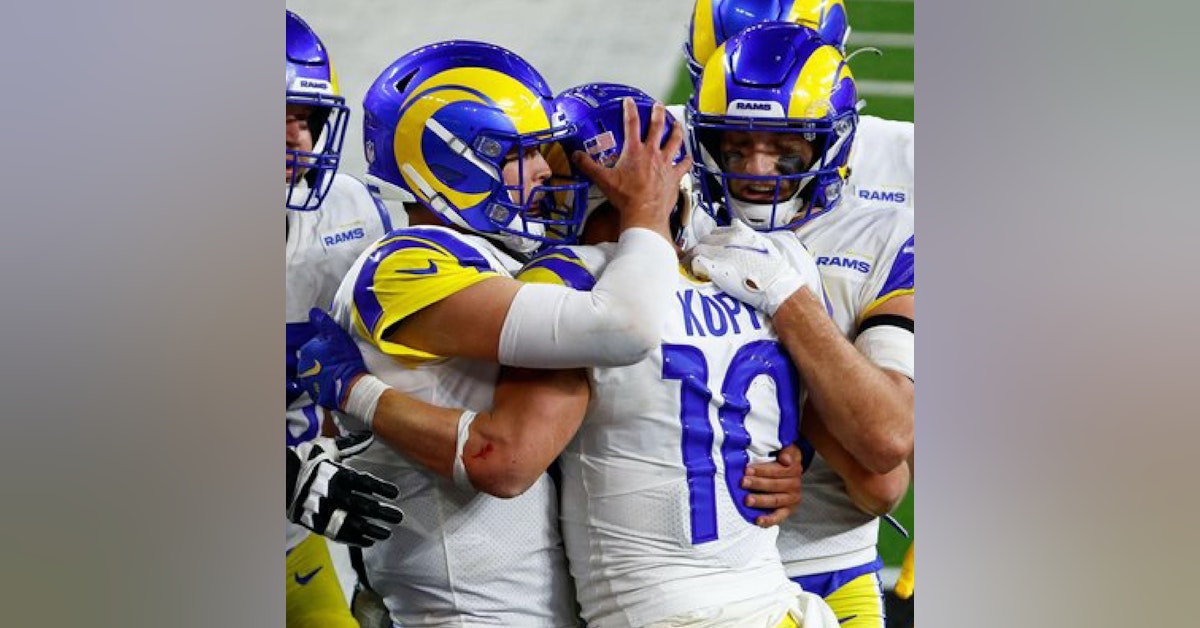 Did The Refs Steal The Super Bowl From The Bengals? / Is Aaron Donald The GOAT? How Can The Patriots Follow The Bengals?

On the most recent episode of the Dear Pats Nation podcast with Ray Rauth, I answer some of the questions that NFL fans are asking. Did the referees steal the Super Bowl Away from the Bengals? Has Aaron Donald cemented himself as the greatest defensive player of all time? How can the Patriots defense help Mac Jones take a second year jump like Joe Burrow did? I ask/answer those questions, plus: Super Bowl 56, NFL refs, Cleveland Browns, and a whole lot more.

Did The Referees Steal The Super Bowl Away From The Bengals

I don’t want to take anything away from the Los Angeles Rams. Regardless of what happened, the Rams are Super Bowl Champions, and you can’t take that away from them. Congratulations to Matthew Stafford, Odell Beckham Jr, Cooper Kupp, Sean McVay, and the GOAT Aaron Donald, five guys who deserve to lift the Lombardi Trophy.

That being said, it wouldn’t be the 2021 NFL season if the game didn’t finish without controversy. After keeping the flags in their pockets the entire game, on a crucial third-down and goal, the referees called a weak, weak, weak, defensive holding call on the Cincinnati Bengals, resetting the downs, and eventually ending in a game winning touchdown catch from Super Bowl MVP Cooper Kupp.

How Does Losing Mike Lombardi & Carmen Bricillo Hurt The Patriots?

Coaching turnover is nothing new for the New England Patriots. When you’re a team that breeds success, other organizations are going to try and latch on to that, bringing better fortunes to their franchise. However, this season is a little different for the Patriots, and it leaves Bill Belichick with quite a difficult challenge ahead of him.

Josh McDaniels was known as the head coach of the offense. After he left to be the head coach of the Las Vegas Raiders, it left New England needing to rely on the remaining staff to keep McDaniels system intact. It was expected that Mike Lombardi was going to play an elevated role in the Patriots offense, so losing him to the Raiders is a big blow.

This may also put more pressure on Belichick to secure external help from somebody with a respected coaching pedigree, like Bill O’Brien or Adam Gase. This is a less than ideal situation for the Patriots, and one that will have to be addressed as soon as possible.

How Can The Patriots Defense Help Mac Jones Take A Second Year Jump Like Joe Burrow Did?

The New England Patriots struggled to play from behind this season. Some of that was a lack of a true offensive weapon, however, the defense had to put New England in a position to win. Bill Belichick didn’t build the team to be a pass happy team. He built a strong running team that can move the ball through the air moderately.

If the Patriots are going to play football that way, they can’t let the team fall behind. If you want to control the clock and run the football, your defense has to put you in that position. I’m not saying that Mac Jones isn’t going to improve, I’m not saying that he can’t win a game with his arm.

However, if Belichick is going to continue going old school, he’s going to have to give Mac Jones a number one defense.