How Does Maple Leafs Fandom Make it All The Way To Scotland? | Victoria Stewart 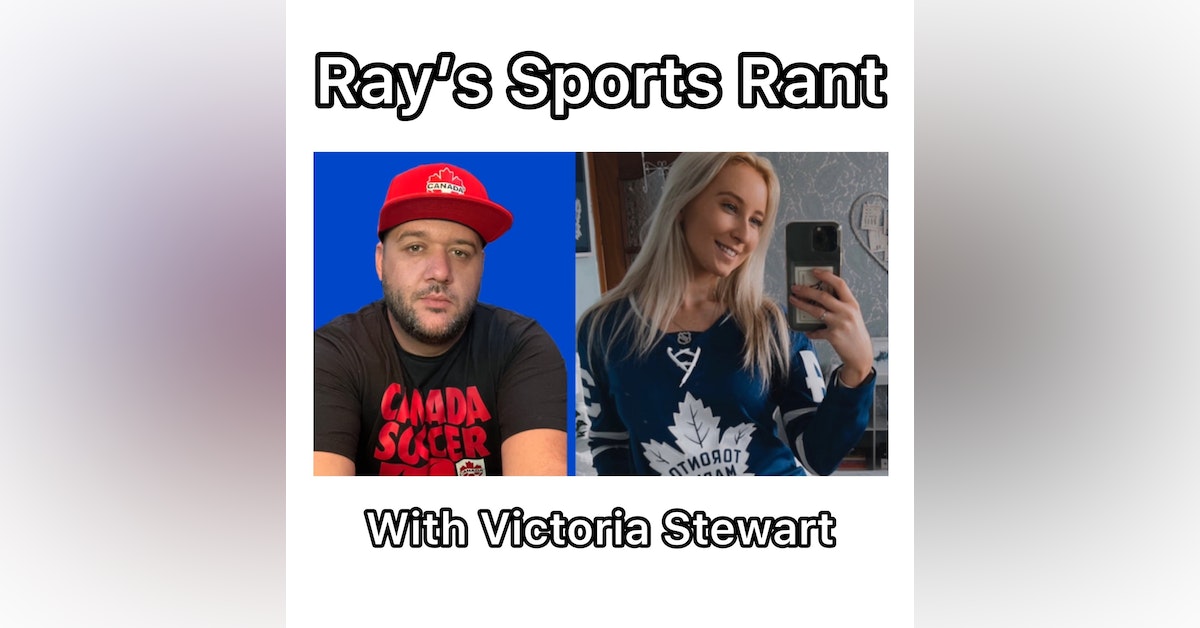 We knew the Toronto Maple Leafs had a far reach, but who thought that reach went all the way to Scotland?

On this episode of Ray Sports Rant I was joined by Victoria Stewart, a Toronto Maple Leafs content creator who lives in Dundee, Scotland.

Our discussion went in many different directions including how she became a Toronto sports fan. Victoria also cheers for the Toronto Blue Jays. Building off of the conversation I had with Bills Mafia Babes president Kristen Kimmick, I had Victoria weigh in on her experience as a female hockey content creator. It’s not my intention to keep harping on the subject, but while I was doing my research I came across a TikTok that Victoria had created about being a female hockey fan.

With all the formalities and deep conversation out of the way, Victoria and I get into a discussion about the Leafs and Blue Jays. I ask Victoria to give me her thoughts on the Jays upcoming postseason run and how far she thinks Toronto will go. We discuss injuries to key players including; John Taveres, Jordie Benn, and Jake Muzzin. We have a discussion about the Leafs goaltending battle, and Victoria weighs in on who she thinks will come out victorious, Ilya Samsonov or Matt Murray.

Who’s Got Next: Wednesday @ 7pm EST