Ep.14 | Is there anybody worse at their job than Angel Hernandez? 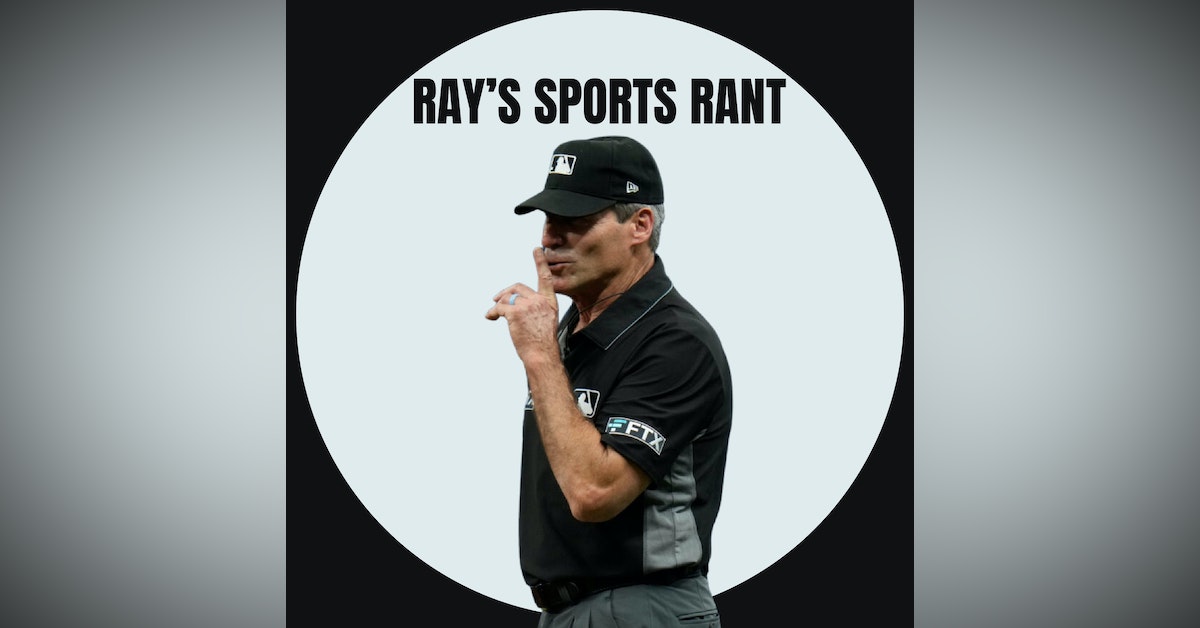 Anytime I watch a baseball game and I see Hernandez is the umpire, I change the channel.

Major League Baseball is an awful organization. They locked out their players because they're greedy. The MLB has the Associated Press in their pocket, and MSM dragged the players through the mud, even though it was the owners that took baseball away from fans. However, when it comes to umpire Angel Hernandez I stand behind MLB, because Hernandez is a terrible umpire.

Anytime I watch a baseball game and I see Hernandez is the umpire, I change the channel. It’s so frustrating watching a game that Hernandez has any role in. Replay has exposed how wrong Hernandez is all the time. He’s terrible behind the plate. I don't know if he was ever taught what a strike zone was. And don't even think of looking at Angel if you disagree with a call, because he's going to toss you. It doesn't matter what game I'm watching, I can't stomach a game that has Angel Hernandez.

Besides MLB losing ratings because of Hernandez, players hate him too. I have never seen opposing locker rooms so united when it comes to their disdain for Angel Hernandez. When CC Sabathia was pitching for the New York Yankees he told the press that Hernandez was the worst umpire in Major League Baseball, and I don't know how anybody could argue. It’s one of those times that I wish Dana White had something to do with baseball. It would be great to see White give a speech about Hernandez like he did about Steve Mazzagatti.

I'm sure there's been people worse at their job than Hernandez, but they've been long fired. Unfortunately or fortunately depending how you look at it, most people don't have a powerful umpires union protecting them despite their incompetence. Don't get me wrong, Hernandez isn't the only bad umpire in the MLB, of them suck, Angel Hernandez is just the worst.