Did Tom Brady & Ben Roethlisberger Raise The Bar Too High For Young Quarterbacks? 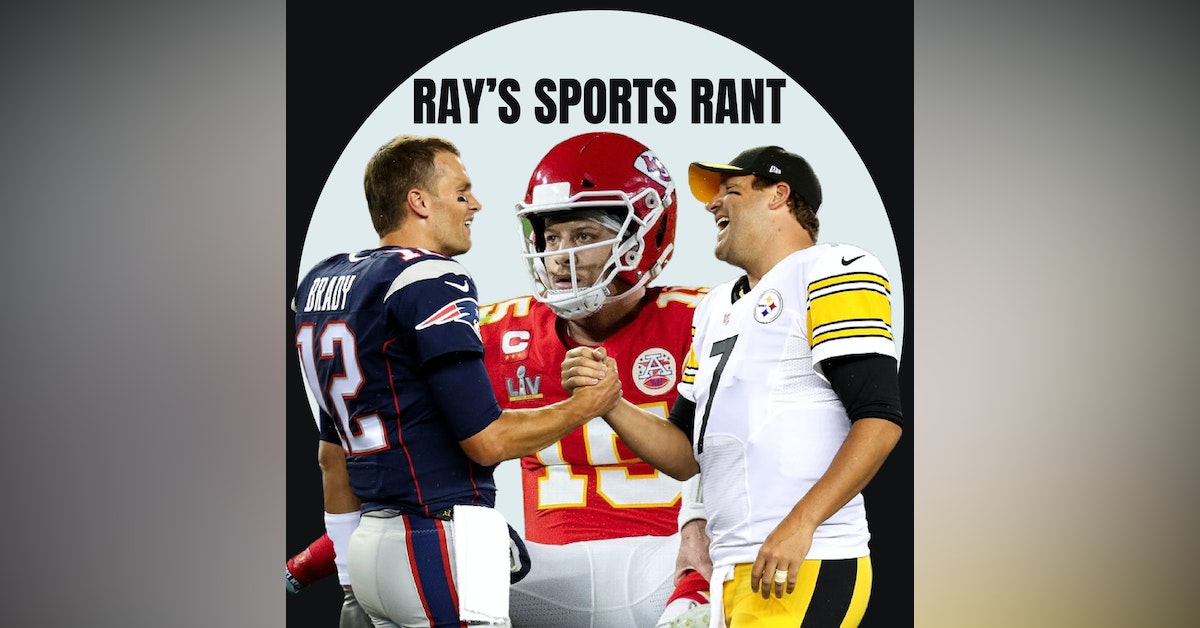 There was a time that just being a champion was enough

By the time Tom Brady wrapped up his fifth season as an NFL quarterback, he and the New England Patriots were celebrating their third Super Bowl Championship. Ben Roethlisberger won his second Super Bowl at the end of sixth year with the Pittsburgh Steelers. That raised the bar and expectations for all the young quarterbacks entering the NFL today. Have Brady and Roethlisberger changed how football fans judge quarterbacks?

This makes me think of Patrick Mahomes. Mahomes and the Kansas City Chiefs have gone to four straight AFC Championship games. The Chiefs won their first Super Bowl with Mahomes three-years-ago, and they lost to the Tampa Bay Buccaneers the next season. And yet there are pundits and fans who look at Mahomes' last four seasons as a failure. Obviously that’s stupid, Mahomes is one of the best QB’s in the NFL. But because of Tom Brady, Ben Roethlisberger, Peyton Manning, Drew Brees, and Aaron Rodgers, Super Bowl wins have become a quarterback stat.

The NFL has been desperate to create parity across the NFL, yet throughout the 2000’s and 2010’s it was a lot of the same faces playing in the biggest games. We're starting to see the same thing now with Mahomes. When you explore this current crop of quarterbacks who will be the top 5? My guess would be Lamar Jackson, Joe Burrow, Josh Allen, Justin Herbert, and Mahomes. That’s great news if you’re a Baltimore Ravens, Cincinnati Bengals, Buffalo Bills, Los Angeles Chargers, or Chiefs fan. It’s terrible news if you’re the NFL, because Parity has been thrown out the window.

The only way those guys become the top five is if they win championships. Tom Brady with his seven championships, Ben Roethlisberger with two, and Peyton Manning with two, has changed how NFL fans judge success. There was a time that just being a champion was enough. But the Patriots and the Steelers created a narrative that you have to win multiple championships to be considered a success. The carryover from the 2010’s is a lot stronger than the carryover from the 70's Steelers and the 1980’s San Francisco 49ers.

This is just my opinion. But I think that for at least the next twenty-five to thirty-years, all quarterbacks are going to be compared to Tom Brady and company. It’s not fair, but it’s a reality.