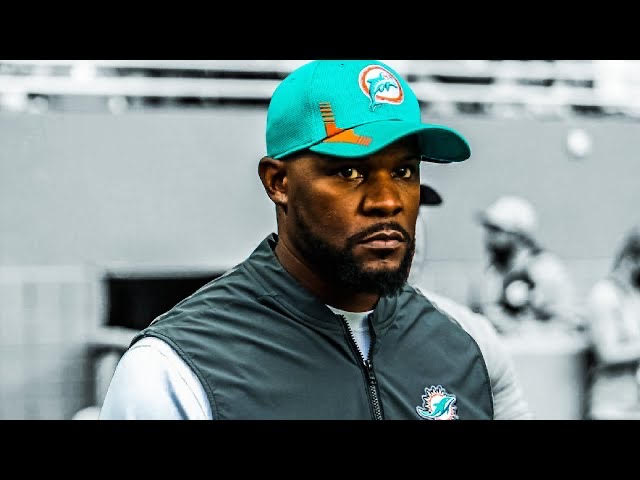 Former Miami Dolphins head coach Brian Flores has filed a lawsuit against the NFL, the New York Giants, and the Denver Broncos, claiming racial discrimination, while Flores was a candidate for head coaching vacancies.

“An accidental congratulatory text message from New England head coach Bill Belichick to Brian Flores is at the center of a lawsuit that has rocked the NFL.

The 40-year-old, who is Black, says in his lawsuit that the Giants interviewed him for their vacant head coaching job under disingenuous circumstances, as Flores had found out three days before his interview that the Giants had already decided to hire Brian Daboll.

Flores says he learned this after receiving a congratulatory text message from New England Patriots coach Bill Belichick that was sent in error.

The former Dolphins head coach says that his kids were the inspiration to fight the NFL and what tipped him over the edge to file the lawsuit against the league and three teams alleging racial discrimination.” - Ben Morse, CNN

Brian Flores claims that Dolphins owner Stephen Ross offered to pay Flores $100,000 per loss in 2019, so that Miami could secure a better Draft pick.

“Flores alleges that Dolphins owner Stephen Ross attempted to incentivize him to "tank," or purposely lose games, shortly after he was hired in 2019, with Ross allegedly offering Flores $100,000 for every loss that season. Flores says that as the team won games late in the season, Dolphins general manager Chris Grier told him Ross was "mad" that the on-field success was "compromising [the team's] draft position."

Additionally, Flores alleges that Ross pressured him into recruiting a "prominent quarterback" at the end of the 2019 season, which the coach refused so as not to violate the NFL's tampering rules. Ross then allegedly invited Flores onto a yacht for lunch in the winter of 2020, where he informed him that the quarterback was "conveniently" arriving at the marina for an impromptu meeting.” - Marcel Louis-Jacques, ESPN

The NFL is in for a shit storm. The NFL has already attempted to discredit Flores, which is a fucking joke. They spent months investigating Tom Brady's footballs, however they were able to determine Mr. Flores cliams of systemic racisim has "no merit" in less than two-hours.