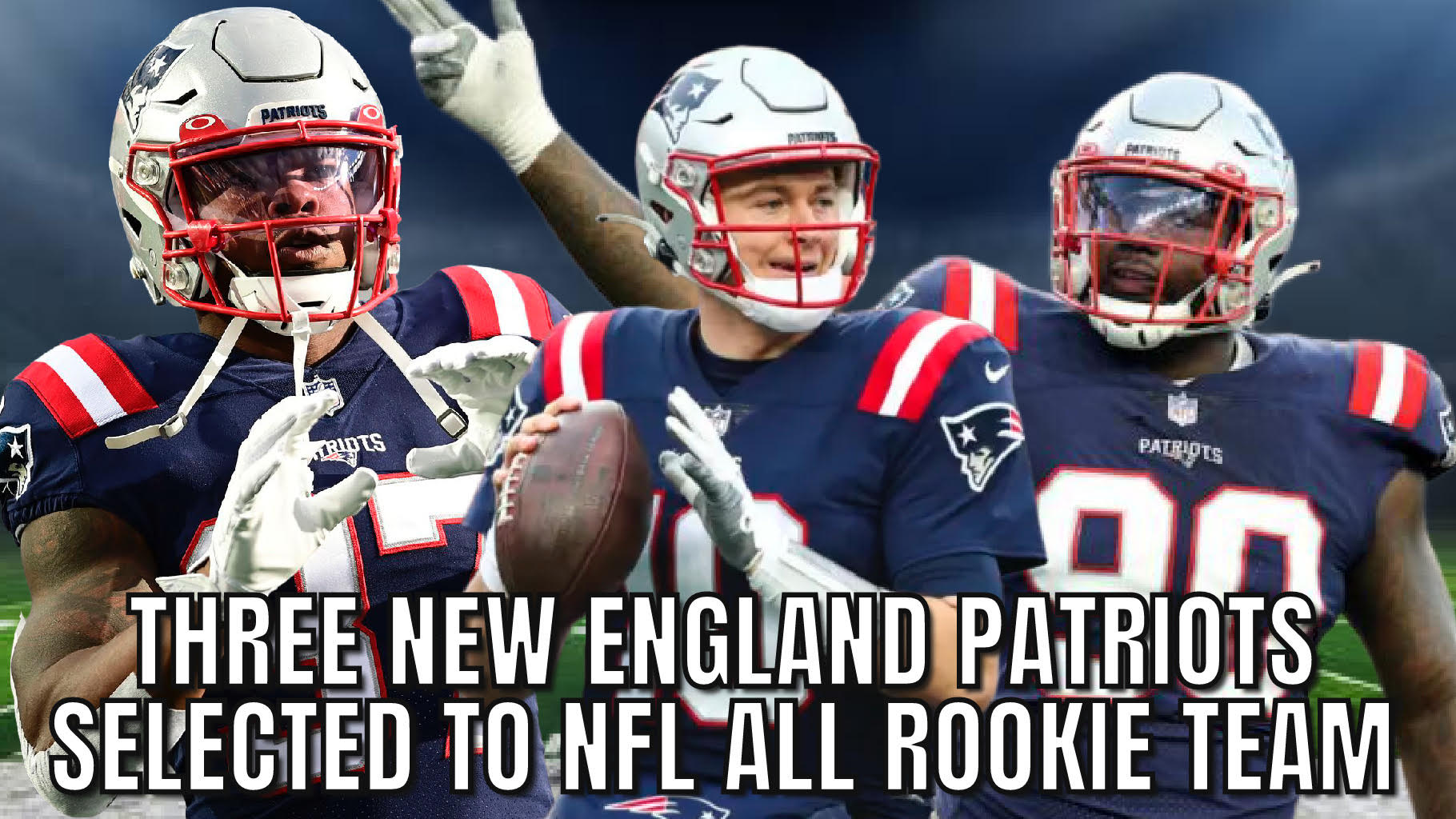 I’m sure you could probably guess who was selected. Quarterback Mac Jones and Chrisitan Barmore have been named to the first team, and Running Back Rhamondre Stevenson has been named to the second team. I think it’s safe to say that Pats Nation was excited about all three of the 2021 NFL Draft Picks, and all three delivered. Even though the Patriots were unceremoniously dumped out of the Wildcard round by the Buffalo Bills, Jones, Barmore, and Stevenson should leave a lot of Patriots fans optimistic for the future.

I was one of those people in the offseason that was pushing for New England to start Cam Newton and let Jones sit his rookie season, and learn how to be an NFL quarterback. Boy was I wrong. Though Mac did have some rookie moments, it became clear very quickly that Jones was not only the Patriots quarterback of the future, he was the quarterback of the present as well. The 15th overall pick played poised, confident, and he looked like he belonged on the field.

No other rookie QB had a grade higher than 65😏 pic.twitter.com/fgO1lGwWFI

Mac’s teammates rallied around him all season, and after New England was lost last Saturday. Patriots players took to social media to show their appreciation for Jones.

Question: On that moment near the end of the game with Mac Jones, what can you share, if anything, with what was happening?

Barmore and Stevenson had equally impressive seasons. Prior to the Draft, I said that if New England can’t trade up for a quarterback, I wanted to see Bill Belichick use his first round pick on Barmore. The fact that the Patriots were able to secure their quarterback and the best defensive lineman in the Draft was such a shocker. Stevenson was great this season. He did spend a few games in the doghouse after fumbling the ball during the first game of the season. However, once he was able to get another opportunity, Stevenson was great. The combination of Stevenson and Damien Harris was one of the best running back duos in the NFL.

Christian Barmore is a ⭐️ in the making. He trailed only Micah Parsons in the following categories among rookies

Let’s give Belichick a little nod. Over the last few seasons, especially when Tom Brady left New England to sign with the Tampa Bay Buccaneers, Belichick’s drafting history was constantly under scrutiny. The 2021 NFL Draft was a redemption year for Belichick, and he absolutely nailed the Draft, and today’s honors are proof.