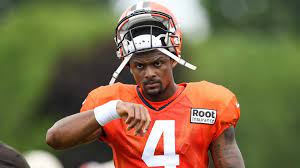 On today’s episode of Ray’s Sports Rant I break down why the NFL, NFLPA, Deshaun Watson, the Cleveland Browns, Browns fans, and LIV golfers all suck.

The NFL had the chance to do the right thing. After appealing Deshaun Watson’s six-game suspension handed down by an independent arbitrator, I believed the NFL was going to be on the right side of history. Unfortunately the NFL did what the NFL does. The NFL and the NFLPA sent a strong that football and money trumps victims of sexual assault. The NFL and the PA have settled that Watson will serve an 11-game suspension and pay a $5 million fine. How poorly has the NFL handled this situation?

Since the Deshaun Watson trade happened, Cleveland Browns fans have made it clear that they're the worst fans in sports. It’s one thing to support your team and your quarterback when you think they’ve been wronged. It’s a whole other thing when your quarterback is Deshaun Watson and you ignore human life. How ridiculous is the “us vs the world” mentality of Browns fans?

LIV Golf participants are starting to piss me off. They chose to be paid millions of dollars to join a new golf organization. That was their decision. It’s perfectly okay to make a business decision that is best for. However, I can’t figure out why the same players who just made a shit ton of money believe the PGA should welcome them back with open arms. How ridiculous is the LIV players lawsuit against the PGA to be able to play in the Fedex Cup?

Every news outlet on the planet covers the important stories. But what stories have sports fans talking? Ray’s Sports Rant isn’t about the headlines, it's about the fans and the questions they have.

Every news outlet on the planet covers the important stories. But what stories have sports fans talking? Ray’s Sports Rant isn’t about the headlines, it's about the fans and the questions they have. 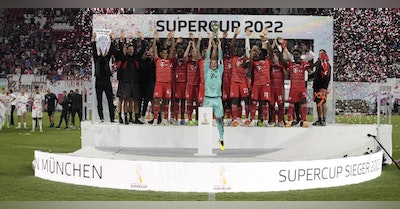