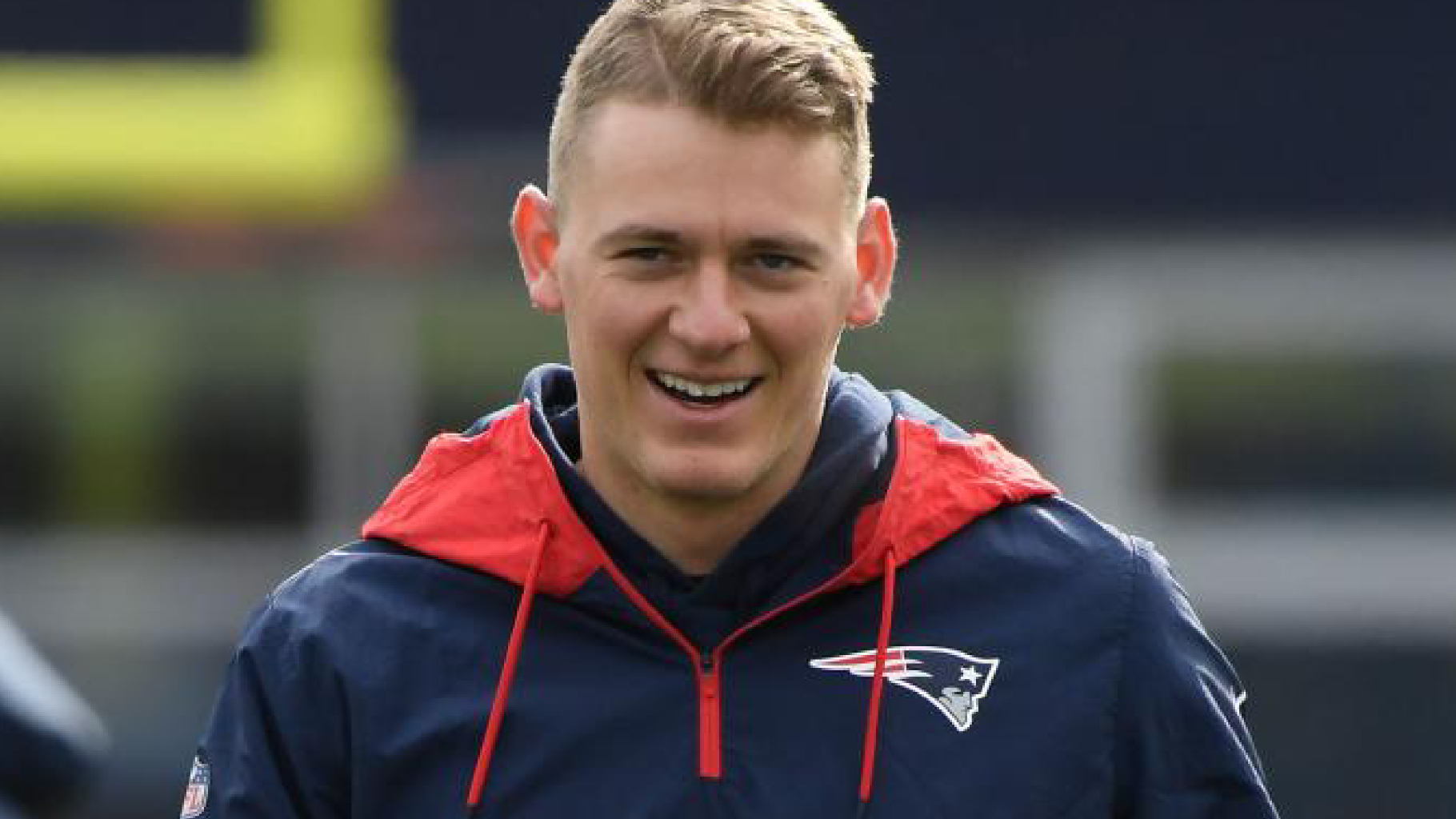 New England Patriots’ quarterback Mac Jones surprised a lot of people last season when he beat out Cam Newton for the starting job. Jones had a very good rookie season, and heading into his second full season in the NFL, his teammates better have faith in him, right?

It shocks me that we’re still talking about whether or not the Patriots have faith in Mac Jones. After an impressive rookie season, why wouldn’t they. Despite that, it hasn’t stopped the talking heads from focusing in on Jones, and what his 2022 season is going to look like.

SiriusXM NFL analyst Jim Miller on Pats' faith in Mac Jones: “I think players believe in (Jones) . . . Hey, it’s a lot to put on a second-year QB. But I think they’re doing it because they know he’s capable of doing it. Just like Tom (Brady) was.”https://t.co/5iLWVv2oaG

The fact that this is even still a debate or discussion point is a clear indicator how slow the Patriots off-season has been. It also shows the national obsession with New England. There were countless fucking examples all of last season where Patriots players showed their faith in Mac Jones. Bill Belichick has also showed his faith in Jones, they went to the fucking playoffs last season. Why is this even a conversation anymore? When is the media going to get over this and move on?

Yes because everyone can do it “just like Brady”. FFS, I’m a pats fan but it bugs me a) that for some reason Brady’s accomplishments seem to always be minimized, as “anyone can do it”, & b) that the expectations people are putting on Jones by making these comparisons are unfair

As soon as I read Karen’s tweet, I anticipated this kind of response. I love Tom Brady like the next guy, however, Pats Nation needs to slip gobbling his dick like he’s the second coming. First of all, nowhere in that tweet did anybody diminish Brady’s accomplishments. I plead with Patriots fans, try to remember that in 2001 Drew Bledsoe was New England’s franchise quarterback. The comparison being made here is Mac being trusted by the players the same way a YOUNG Tom Brady was trusted by the players. Nothing more, nothing less.

Unless Mac Jones wins a Super Bowl, he’s forever going to live in Tom Brady’s shadow. Ann’s tweet is the perfect example of that. The mere mention of Brady and Ann is suddenly talking about Tom’s accomplishments and the unfair expectations on Mac. Nobody has those expectations, nobody. Everybody with half a brain knows what Tom Brady and Bill Belichick did Will ever be repeated. Ann’s response is what keeps bringing it to the conversation.

Belichick has a losing record in the NFL without Brady. It's got nothing to do with belief.
He doesn't have any choices.
They used all their cap space last offseason.

None of this response makes sense and has nothing to do with the original tweet. Bryan was finding an opportunity to layout a useless stat. Andy Reid has never won a championship without Patrick Mahomes. Why isn’t that talked about? Because it’s a stupid fucking argument!

What the fuck does last years spending have to do with Mac Jones. What options does Bryan want? Marcus Mariota? Matt Ryan? Mitchell Trubisky? Again, the response made zero fucking sense, I’m disapointed in myself for even responding to it, and now I’m going to move on, hoping that this douchebag isn’t a Patriots fan.

SiriusXM NFL analyst Jim Miller on Pats' faith in Mac Jones: “I think players believe in (Jones) . . . Hey, it’s a lot to put on a second-year QB. But I think they’re doing it because they know he’s capable of doing it. Just like Tom (Brady) was.”https://t.co/5iLWVv2oaG

I mean, if you’re a Patriots fan you can’t really run from this. We all wondered why Belichick or Josh McDaniels didn’t let him throw a little. Honestly the part that pisses me off the most is, this is probably one of those things that’s going to follow him around for the rest of his career. It is what it is, it’s not Mac’s fault, it’s just one of those shitty things he’s going to have to live with.