OPINION: I WOULD PAY MAC JONES BEFORE I WOULD EVER CONSIDER PAYING BAKER MAYFIELD 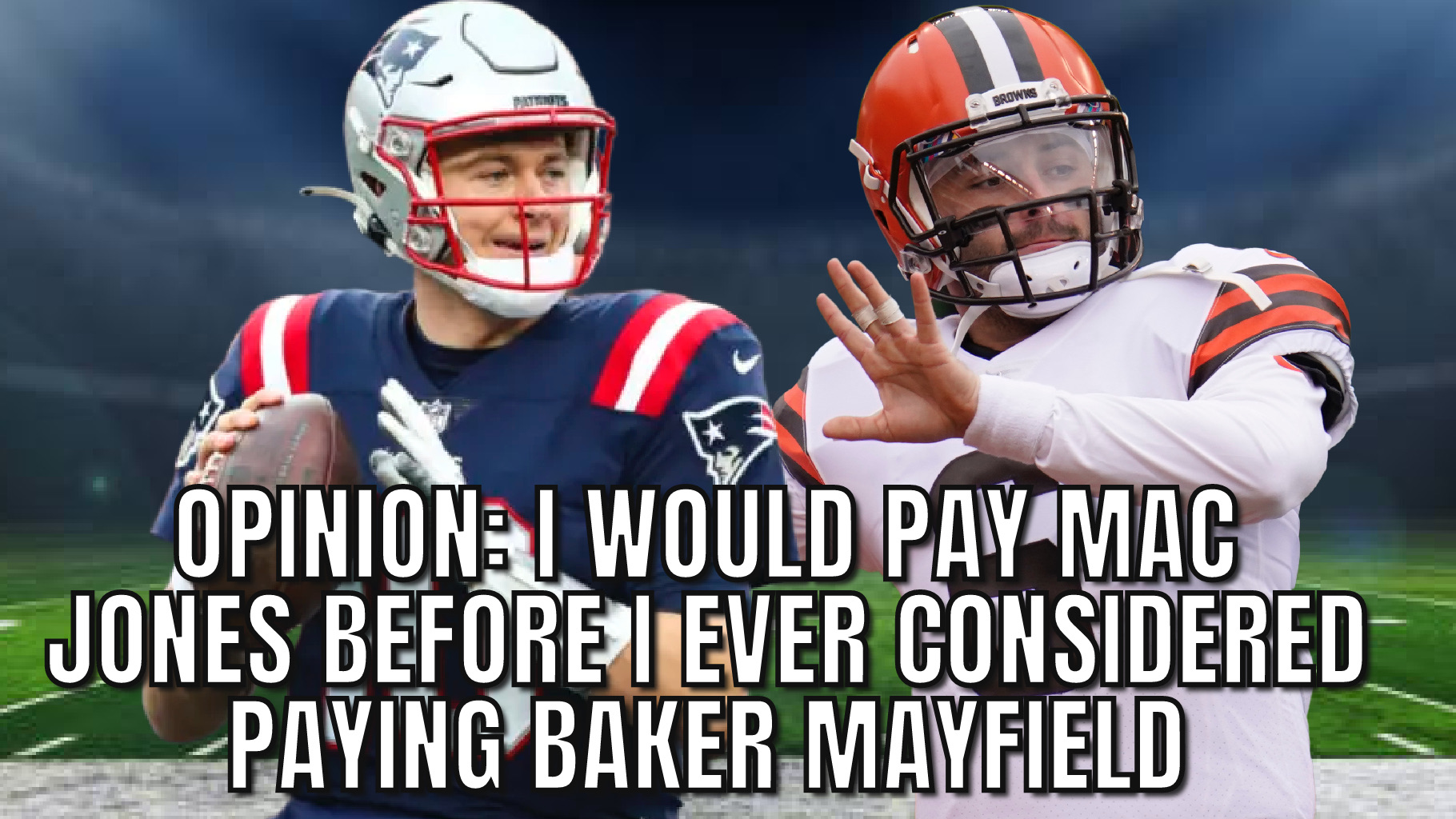 This argument stems from an interesting conversation I had yesterday. Baker Mayfield had surgery on his injured shoulder and he’s going to be sidelined for the next four to six months.

Baker needed the surgery so I’m hoping that this helps his game, but Baker was awful last year. He’s also heading into the 2022 season on the final year of his rookie deal, and from what I understand Cleveland hasn’t offered him a significant deal yet.

The Browns are in a tough spot. They’ve spent the last twenty-years going through the quarterback carousel trying to find their franchise quarterback, and they thought they had it in Baker. Now they’re in a spot where they have a quarterback who's been inconsistent and frankly was the centerpiece of a dysfunctional locker room.

Clearly Odell Beckham Jrwasn’t the problem in Cleveland, because he’s absolutely tearing it up in Los Angeles. Freddie Kitchens doesn’t look like he was the problem in 2019, because even though Mayfield had a good first season under Kevin Stefanski, Baker regressed this season.

I get that this sounds harsh, and I’m also one who wants Mayfield to succeed. However, when I sit back and think about paying him big money, I just wouldn’t be able to commit to it right now if I was a GM. That’s why Cleveland is in a lose-lose. If they offer Baker a big deal and he craps out they look horrible. If they don’t give him a deal, they’re back to square one, and the Browns have way too much talent on their roster to start over again.

But how many more disappointing seasons can the Brown endure?

That’s where the Mac Jones comparison comes from. He’s already shown more promise than Baker ever will. If you’re Mayfield this should be insulting, now you have to go out in 2022 and prove the world wrong.