Is There A Comparison Between Kendrick Bourne & Deebo Samuel? 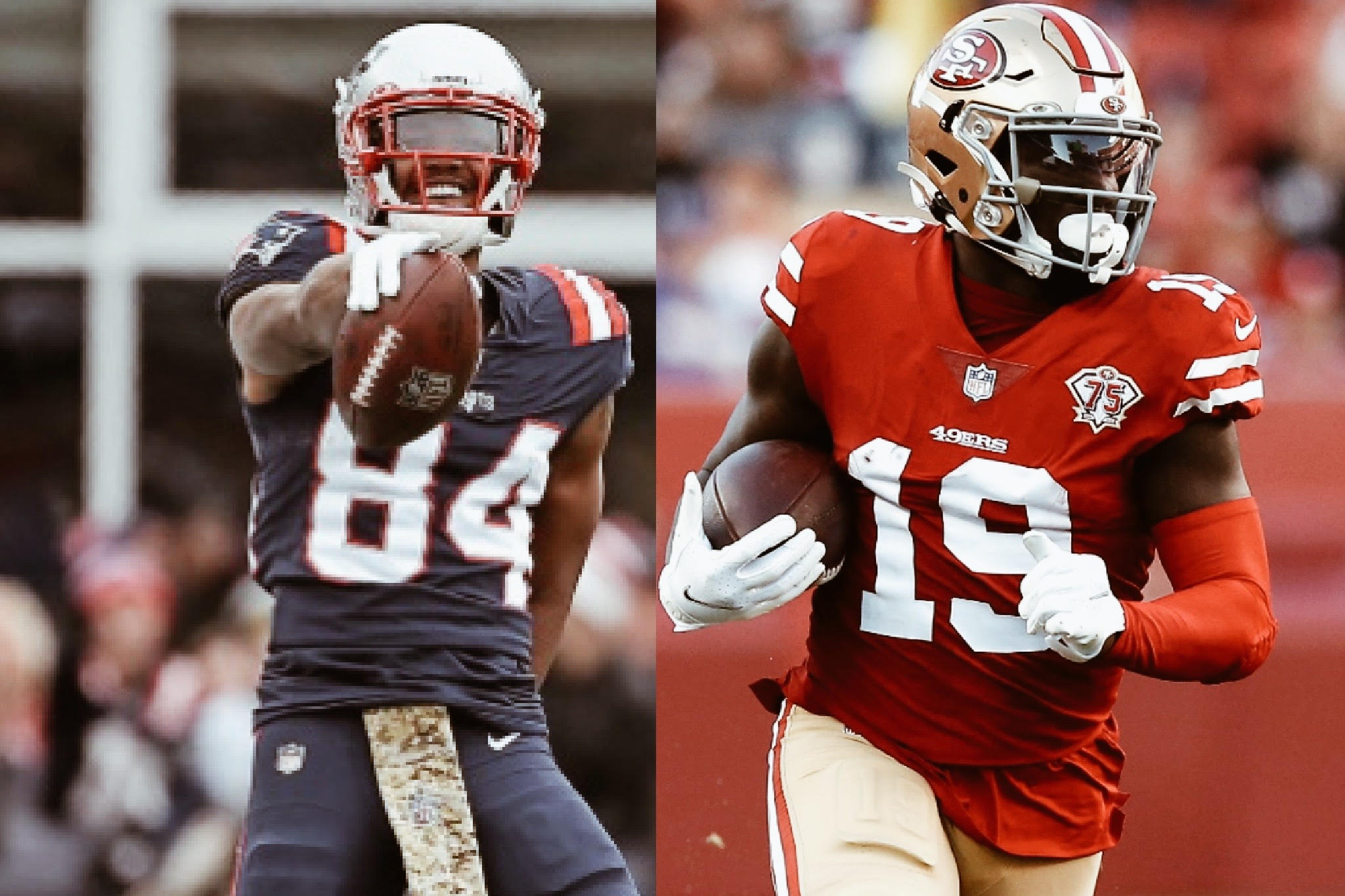 Could the New England Patriots use Kendrick Bourne like the San Francisco 49ers use Deebo Samuel? Is it fair to rank Buffalo Bills wide receiver Stefon Diggs as the fifth best wide receiver in the NFL? Tom Brady showed up to the Tampa Bay Buccaneers second phase of OTA’s, proving that he’s a total hypocrite… You’ll get all that and more on the latest edition of the Dear Pats Nation podcast with Ray Rauth.

For weeks’ Producer Mike has been trying to make the Kendrick Bourne and Deebo Samuel comparisons, and Ray just wasn’t letting it fly. However, PFF NE Patriots put out a tweet today that forced Mike, Ray, and Mario from Hashtag Sports to explore the possibility further.

Mike lays out his argument and draws the comparisons between both receivers, while Mario believes makes his argument that Bourne is a real receiver, and Samuel should be considered a running back.

After digressing into a conversation surrounding the Miami Dolphins, and how head coach Mike McDaniel said he wanted to use Tyreek Hill like Samuel, the boys continued the wide receiver conversation, after Ray shared a tweet from PFF, that stated Bills’ WR Stefon Diggs had the fifth highest rating across the NFL.

Mario agreed with Diggs ranking, and took into consideration the situation that the other receivers were in last season. Mike, on the other hand, believes that Diggs is in the best situation heading into this season, and that he’ll be the best WR in the NFL. Ray believes that Devante Adams is the best receiver in the NFL until he proves he isn’t. What surprised Mario and Mike was, Ray ranked A.J. Brown second overall, strictly because Brown put up the type of performances he has with Ryan Tannehill at quarterback. Diggs came in at a very respectable third place on Rays list.

Lastly, Ray, Mike, and Mario gave their opinions on Tom Brady participating in the Tampa Bay Buccaneers phase two of voluntary workouts. All three panelists pointed out that Brady stopped showing up to Patriots workouts during his last few seasons in New England, while also being very vocal that veteran players should skip voluntary OTA’s. The unanimous opinion is, Tom Brady showing up to voluntary workouts is extremely hypocritical.

Watch the full epidoe of the Dear Pats Nation podcast with Ray Rauth.