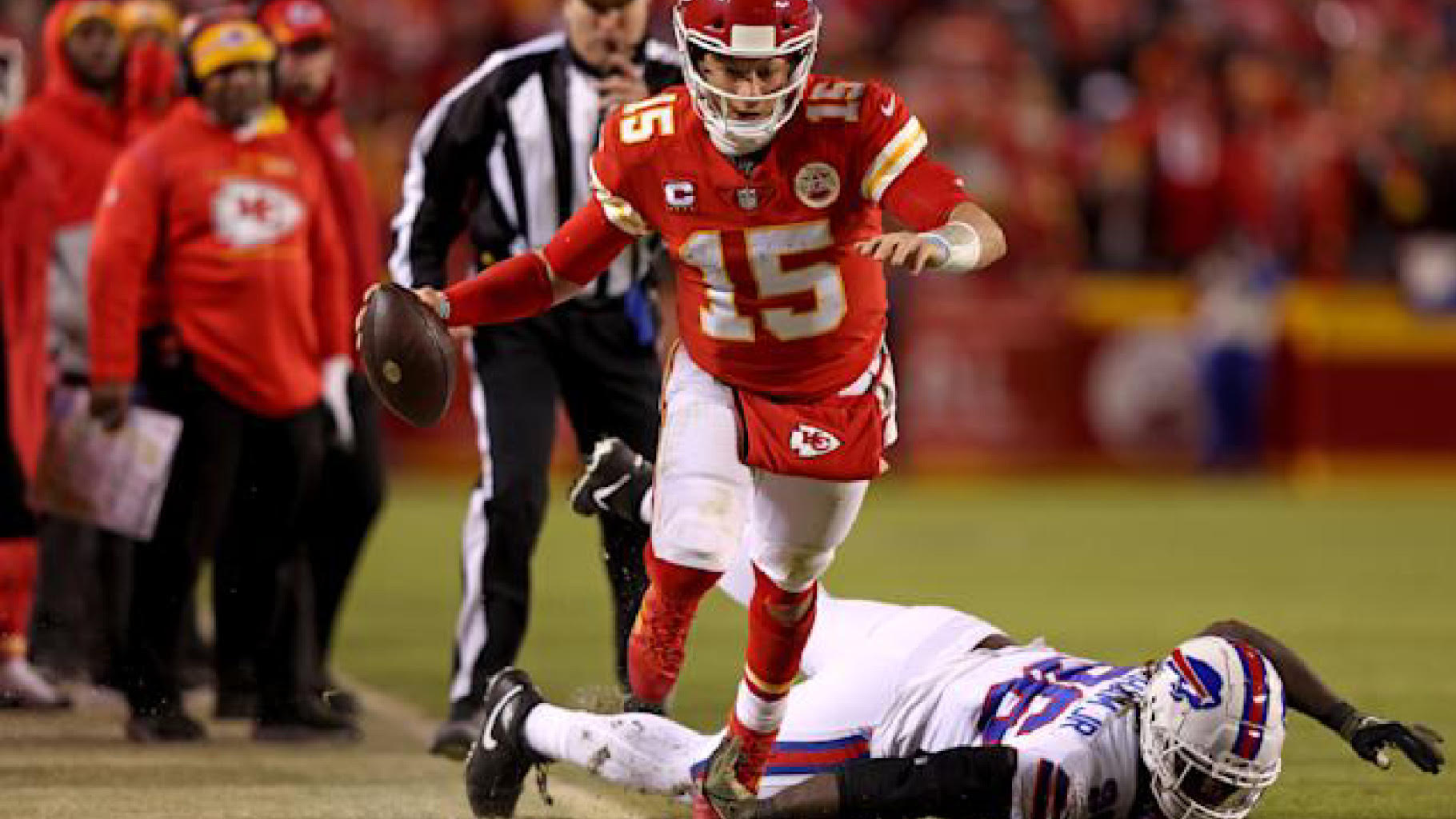 Insanity. That’s the only way you can possibly explain the final two-minutes of the Buffalo Bills and Kansas City Chiefs classic at Arrowhead.

There were four score changes in the final two-minutes of the game. Josh Allen threw a strike to a wide open Gabriel Davis on 4th and forever to take the lead coming out of the two minute warning. He would also convert a two point conversion to Stefon Diggs. However, giving the ball back to Patrick Mahomes with two-minutes left and three timeouts, you just knew you were asking for trouble.

A few plays into the drive, Mahomes hit the cheat code Tyreek Hill, and 64-yards later the Bills were losing by four with 1:13 left on the clock. Surely Josh Allen couldn’t bring the Bills back right?

Allen hooked up with Davis again, and with 00:13 left on the clock, the Bills retook a three point lead. Game over, the Chiefs fell at Arrowhead, it's impossible that the Chiefs can… In 13-seconds, Patrick Fucking Mahomes put the Chiefs in field goal range, and Harrison Butker sent the game to overtime.

Josh Allen called tails (Who the fuck calls tails?). The Chiefs won the toss, the Bills defense was inept, and the Kansas City Chiefs will be hosting the Cincinnati Bengals at Arrowhead Stadium in the AFC Championship next weekend.

What did we learn?

Josh Allen and Patrick Mahomes are fucking elite, and they will replace the Tom Brady vs Peyton Manning rivalry. This won’t be the last time that both these teams meet in the postseason, and I don’t know if they’ll ever live up to the hype of this game.

Three-years-ago, the Chiefs hosted the New England Patriots in the AFC Championship Game, and the game went to overtime. Matthew Slater called heads (Because you always call heads), and the Patriots got the ball, they scored, and Patrick Mahomes never touched the ball.

Andy Reid and the Chief whined about it the entire offseason, and even tried to get the rule changed. I hope that Andy was equally upset tonight that Allen was never able to touch the football. Andy? Will you say something? Will you tell the media it’s unfair? Probably not.

I understand this blog doesn’t capture what happened in this game, it’s almost impossible to put into words.