How Did Patrick Mahomes Manage To Choke So Badly in The AFC Championship Game? 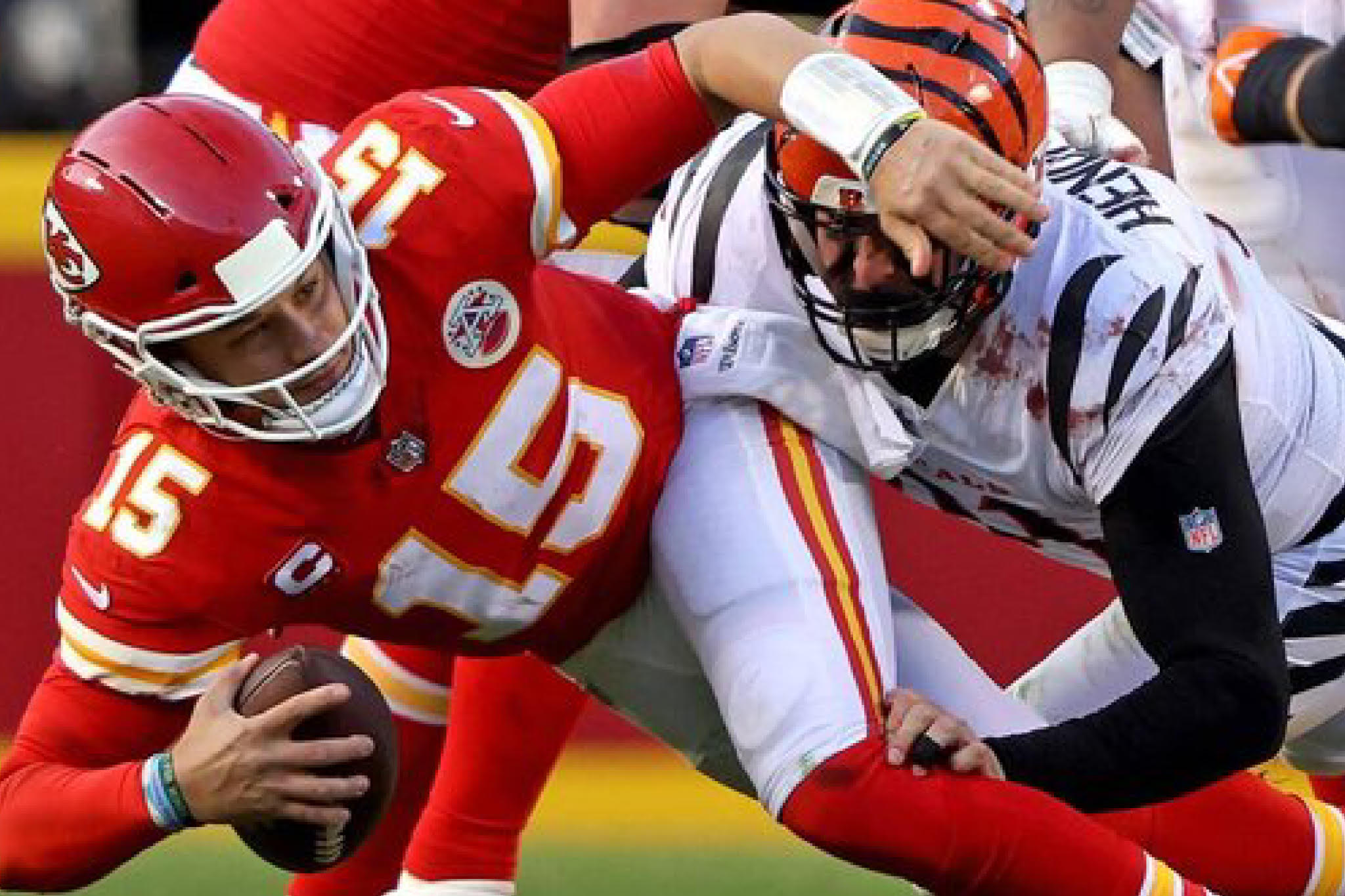 The Kansas City Chiefs hosted three straight AFC Championship Games, went to back-to-back Super Bowls, won a single championship, and they rewarded their sensational quarterback Patrick Mahomes with the richest contract in NFL history. That’s why some people are flabbergasted that Patrick Mahomes “managed to choke so badly”

I’m going to admit I tuned into the game late, and the Kansas City Chiefs were leading 21-10 over the Cincinnati Bengals. Suddenly things changed. Suddenly the Chiefs offense had no answer for the Bengals defense. The game would eventually go to overtime, and Cincinnati, not Kansas City, are headed to the Super Bowl.

“Kansas City Chiefs QB Patrick Mahomes has capitulated in epic fashion as the Cincinnati Bengals, who had a 2-14 record only two seasons ago, punched their ticket to the Super Bowl with a 27-24 victory in overtime.

Mahomes, who signed a $503m ($A720m) extension in 2020, completed 18 of 21 passes for 220 yards and three touchdowns in the first half, but dipped to 8 passes from 18 attempts for just 55 yards in the second half, along with two interceptions — his first in 132 pass attempts across four AFC Championship games.

With the champagne set to flow in the Bengals’ locker room, social media was left flabbergasted at how Mahomes, one of the most elite quarterbacks in the NFL, managed to choke so badly.”

So, did Mahomes choke? Honestly, no he didn’t. I’d love to sit here and say that the Millionaire Wonder Boy wet the bed in the big game, but I can’t agree with Conrad. Mahomes did everything he could to keep plays alive, he extended plays, avoided pressure, but at the end of the day his playmakers couldn’t get open.

The interception in overtime was a little underthrown, however Mahomes was getting to a desperation phase of the game. Tyreek Hill and Travis Kelce were locked down, and Mahomes was just trying to make a play.

The entire Chiefs team crumbled, you can’t put it all on Mahomes. You also can’t dismiss how the Bengals stepped up.

Regardless, the Chiefs dynasty will remain at one ring, and for the first time since 2013, the AFC representative in the Super Bowl won’t named Peyton Manning, Tom Brady, or Patrick Mahomes.