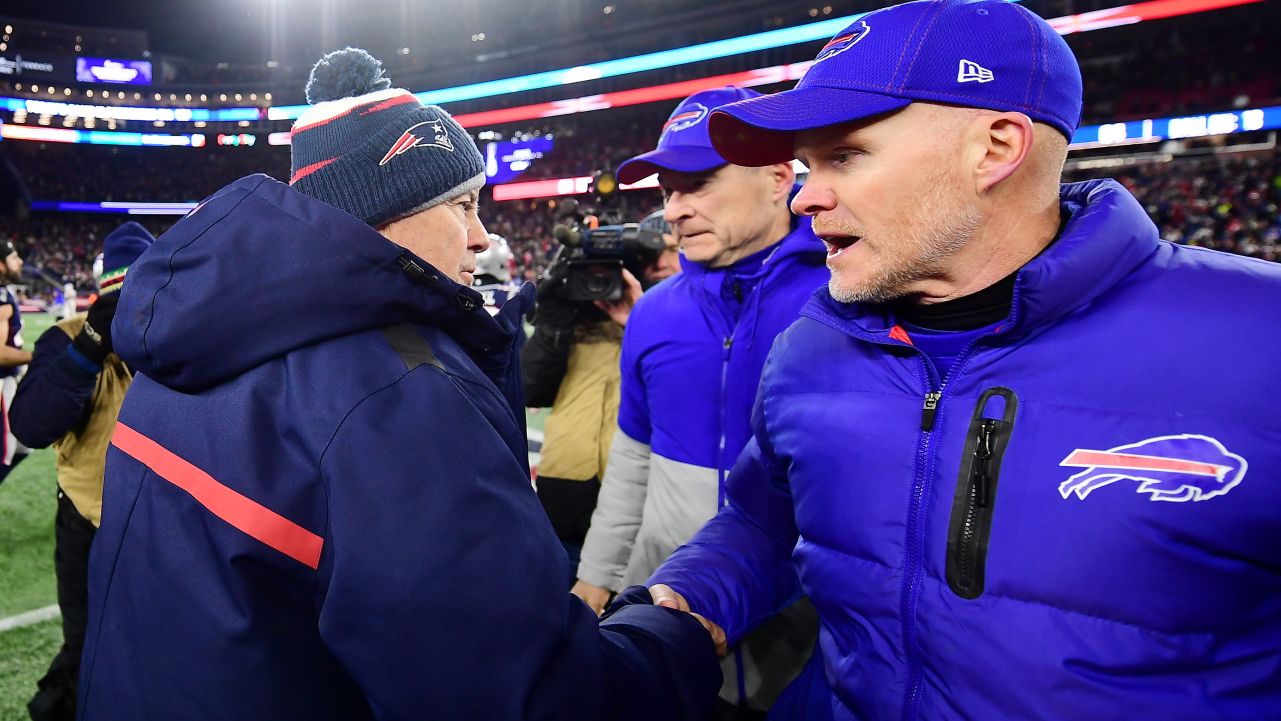 Sometimes you just need a feel good story, and Bill Belichick visiting Sean McDermott after being humiliated in the postseason, it’s the kind of story I was looking for today.

The Buffalo Bills had just laid a beating on the New England Patriots, I mean an absolute beating. Bill Belichick was miserable with the press after the game. I would say the on field hand shake between Belichick and Sean McDermott was quick and cold. So that’s why I was a little surprised when I read this morning that Belichick had actually visited the Bills locker room after the game.

Here’s what Nick Wojton of Bills Wire wrote about the moment:

"Wild-card weekend saw the Bills rout the Patriots in a 47-17 final. Afterword, a report surfaced that Belichick headed toward Buffalo’s locker room and New England’s bench boss spent a long while there.

In doing so, Belichick shows that it’s all water under the bridge with McDermott after earlier this season.

After a 14-10 Pats win in Orchard Park between these two teams, McDermott downplayed Belichick’s impact. He later went on to clarify that he meant no disrespect by the comments toward Belichick.

Considering McDermott would very much be aware Belichick was there in his team’s locker room, signs point to a mutual respect being shared. Belichick and McDermott sharing this moment behind closed doors comes around the same time a few players were noticed on the field sharing doing the same."

The fact that Bill Belichick hung around with Sean McDermott after the game tells you that there's a mutual respect between the two coaches. I mean think about it, Belichick was just embarrassed on Saturday night with no other game on. The entire world was watching the Bills bully the Patriots, and it also showed McDermott out coaching Belichick.

I don’t think anybody would have blamed Belichick for being bitter or embarrassed after the game. I think most of us would have expected it.

Everybody knows I’m a Patriots fan, but even I hate to say we’ve had a pretty good relationship with Bills fans on all of our different platforms, and outside of a few outliers the relationship between Bills Mafia and Pats Nation is pretty respectful.

This story is also an example to us that we can be enemy’s at game time, but we can respect each other when it’s over.