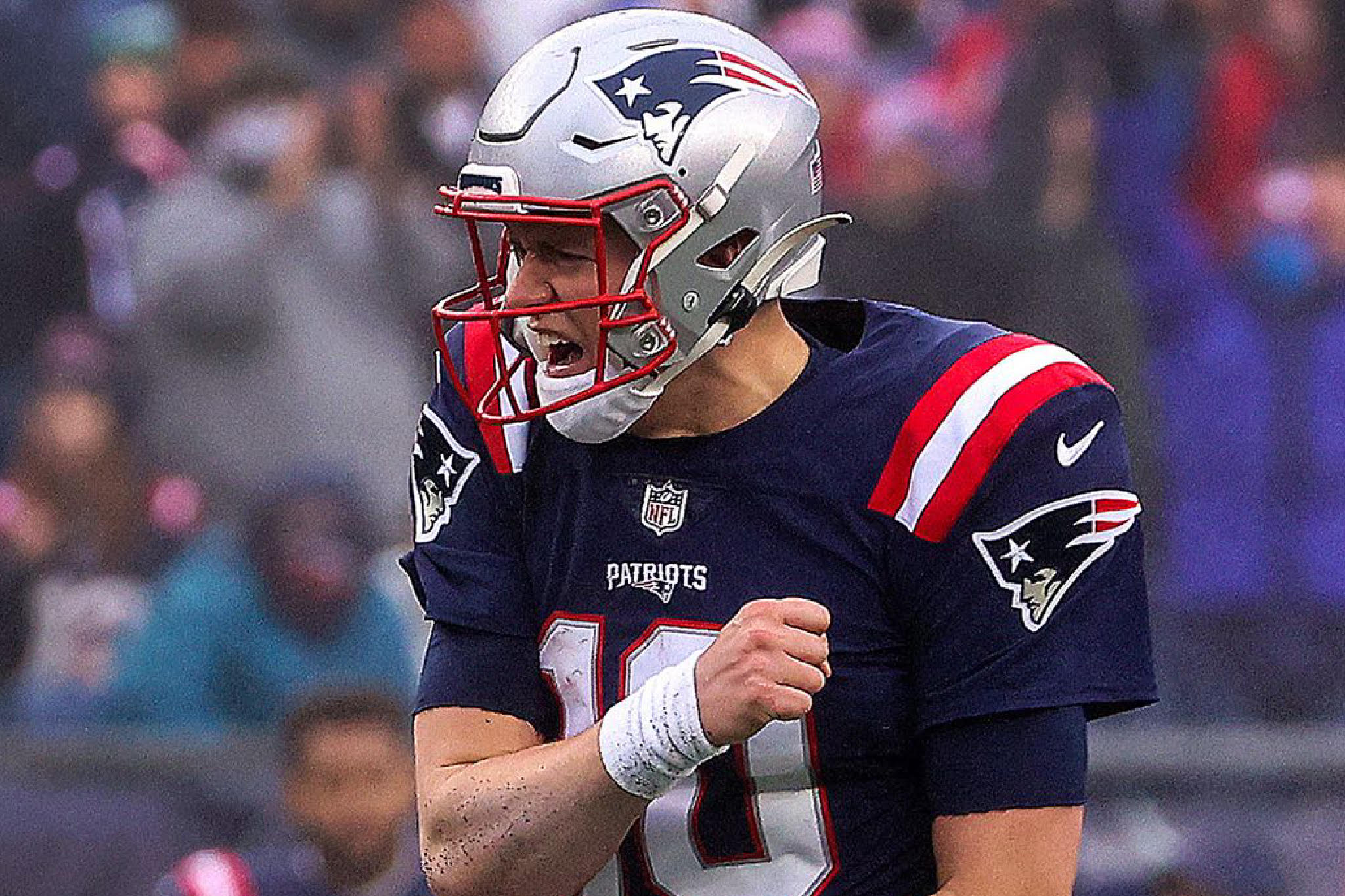 The San Francisco 49ers thought they pulled one over on the NFL world when they drafted Trey Lance over Mac Jones. One year later, the 49ers may be regretting their decision. For years’ Bill Belichick had a certain way of doing things, and there was one way for the Patriots to build their defense. It looks like Belichick is adapting to the modern times, and the Patriots are laying out a new defensive formula. I’m not sure how the rest of Pats Nation is feeling, but the Cole Strange pick is looking better and better by the day.

Here’s all the chatter going around about the New England Patriots.

49ERS MADE A MISTAKE TAKING TREY LANCE OVER MAC JONES

If only there would have been another quarterback available at No. 3... https://t.co/mmRAqTZ4oN

When the San Francisco 49ers gave up a boat load of future draft picks to get up to the third overall pick, everybody on the planet assumed it was to select Mac Jones. I think most of us were kind of shocked when they took Trey Lance. It worked out for the New England Patriots. Mac Jones took the starting job from Cam Newton in his rookie season, Lance couldn’t take the job from Jimmy Garoppolo in San Francisco. After the 2021 NFL Draft the 49ers sort of laughed at the media and gave the impression that they had duped the NFL universe. At the end of the day, if these reports are true, it looks like the 49ers duped themselves.

With this and the release of Terez Hall today it’s becoming clearer the youth & speed movement is on in the Patriots LB corps. Game on. https://t.co/0bw7wzzdwA

I’ve been living by this narrative since the Patriots traded for Mac Wilson. Anybody who spent a second watching the Patriots last season knew that New England needed to get faster, they needed to get more athletic, they needed to become hybrids, because trying to keep up with quarterbacks like Josh Allen, and rosters like the Buffalo is an issue. I personally love Bill Belichick taking this road, I think it’s a great blueprint for the Patriots defense, and it was a much needed change from the status quo.

COLE STRANGE WILL HAVE AN INSTANT IMPACT ON THE PATRIOTS

The jump from @NCAA_FCS to the NFL will be a battle, but that’s nothing new to @ColeStrange2: https://t.co/ZhCtejvGug

The more and more I think about the Cole Strange pick, the more and more I like it. The Patriots needed to secure the interior part of the offensive line, and Strange is going to be able to be inserted right into the starting lineup. A lot of Patriots fans and media who continue to claim that Shaq Mason was one of the best guards in the NFL, first of all is incorrect, and number two, I had to listen to Patriots fans whine about Mason for years, and now they’re whining because the Patriots traded him. The Patriots replaced Shaq Mason and Ted Karras with Cole Strange and Mike Onwenu, and it’s a long term upgrade.