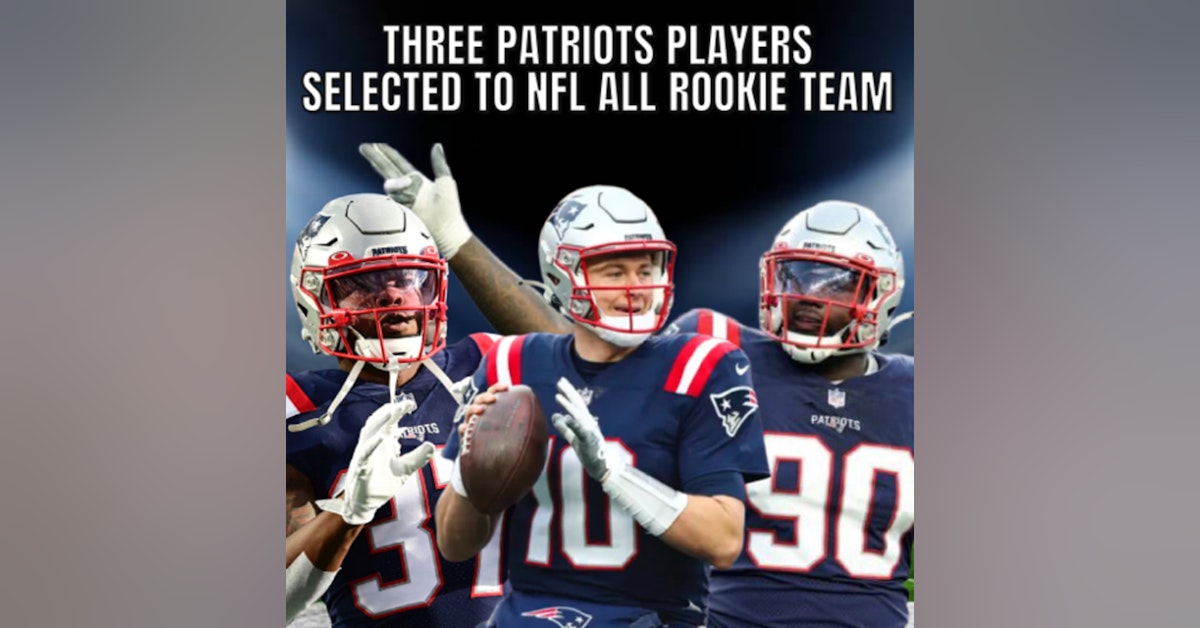 Three New England Patriots have been named to the All Rookie Team. I’m sure you could probably guess who. Quarterback Mac Jones and Chrisitan Barmore have been named to the first team, and Running Back Rhamondre Stevenson has been named to the second team. I think it’s safe to say that Pats Nation was excited about all three of the 2021 NFL Draft Picks, and all three delivered. Even though the Patriots were unceremoniously dumped out of the Wildcard round by the Buffalo Bills, Jones, Barmore, and Stevenson should leave a lot of Patriots fans optimistic for the future. FIND ALL OUR CONTENT ON OUR WEBSITE https://www.rayrauth.com/ BECOME A PATREON MEMBER https://patreon.com/dpnsports CHECKOUT THE DEAN BLUNDELL NETWORK https://deanblundell.com/ CHECKOUT OUT OUR SPONSORS Download the News Break App https://newsbreakapp.onelink.me/2115408369?pid=mp_1587783&msource=mp_1587783 Gear up with Licensed NFL & NBA Apparel at Ultra https://www.amazon.com/gp/product/B01N3PY822/ref=as_li_qf_asin_il_tl?ie=UTF8&tag=ray0d2-20&creative=9325&linkCode=as2&creativeASIN=B01N3PY822&linkId=14499688de055579e19cef82eedb38c1 Enjoy the content? Help support the creators! PayPal: backinthegamesc@gmail.com Business Enquiries: ray@dpnsports.com Other Stories we will be covering in this show: Kansas City Chiefs linebacker Willie Gay was arrested Wednesday for property damage of less than $1000. According to reports, Gay got into an argument with his childs mother - basically they got into an argument, and he broke her vacuum on the wall. Gay’s agent says “Likely just pays a fine and replaces vacuum. Nothing more, all should be resolved today with no further issues.” Of course the Chiefs are hosting the Buffalo Bills on Sunday for their Divisional Round matchup. There won’t be a whole lot of offseason work for Cleveland Browns quarterback Baker Mayfield. Reports are indicating that Mayfield will be sidelined for four to six months after undergoing shoulder surgery to repair a torn labrum. Mayfield is coming off a terrible season filled with a lot of controversy, and the Dog Pound is hoping he’ll bounce back next season. Mayfield is on the final year of his rookie deal, the Browns have yet to offer him a contract, and obviously it’s a big year for both Baker and the organization. Bit of a feel good story: Apparently Bill Belichick spent some significant time in the Buffalo Bills locker room after the Patriots were blown out last Saturday. It’s just an example of the respect between players and coaches, and maybe as fans we can learn a little lesson from this.